Attorney Justin Glass’s practice, housed in a shabby office on the north side of Saint Louis, isn’t doing so well that he can afford to work for free. But when eight-year-old Tanisha Walker offers him a jar full of change to find her missing brother, he doesn’t have the heart to turn her away.

Justin Glass hails from a prominent political family; his father is the most senior US congressman in Missouri, his grandfather a retired Federal District Court Judge and his brother is a state senator. Justin has a small law practice. His life fell to pieces after his wife died. He was fired from his previous, more prestigious job and lost his house after getting into debt. Now he and his daughter, Sammy, live with…

“The Yankee Years: Books 1 – 3” by Dianne Ascroft introduces Ruth Corey, a young woman in County Fermanagh, Northern Ireland in 1941, just as an American aircraft base is being secretly built in the area. Ruth’s boyfriend Harry is a journalist who seems to take a special interest in this secret endeavour. Her loyalties are tested when she realises that he might trade his knowledge about the plans, which could have huge repercussions for the course of the war.
The other two books in this omnibus edition deal with similar personal conflicts within the setting of WW2 in Northern Ireland.
Although published as three books, due to the length I’d describe this work more as three connected novellas or short stories.  The historical and political facts are plentiful and make for some informative and very rewarding reading experience, with excellent background research and attention to detail. I chose this…

When war broke out, houses all over the country were commandeered by the Government, some for training, others for offices or research centres. The least popular option for owners was to house soldiers – and with good reason. A number of country houses were destroyed by military occupation, their interiors hacked about to make…

Neither translators nor term… are a dictionary. But they know how to use one (or several)

Having worked as a terminologist for some 11 years and witnessing some challenges subject-field specialists have in finding the desired information in a dictionary, it’s not surprising that I have decided to write about specialists and their relation to terminography.  I have also studied this topic in my Master’s dissertation (2012) which was about the general tendency of experts in using specialized dictionaries. It was my first attempt to write about this subject, but it wasn’t the first time observing the role of specialized dictionaries in the academic life of experts.

Based on my experience, it is not occasional that a specialist cannot find a specific term in a technical dictionary, or if it is found, the definition or the semantic relations provided may not be accurate enough. This simply results in further searching for the suitable meaning or some other terminological information by multiple checking and comparison among…

For Private Investigator, Moses Winter, the job just got more complicated. His adultery case has taken a violent turn landing the subject of his investigation, Fred Dunsmore, in the hospital and Moses in jail. Moses is held for questioning along with his erratic client, Sharon Dunsmore, and Fred’s mistress, a Bosnian refugee who just happens to be related to the DCI agent investigating the case, Raif Rakić.

When Private Investigator Moses Winter was hired by Sharon Dunsmore to find out if her husband was having an affair, he got way more than he bargained for. What had seemed like a straightforward infidelity case turns into something much darker when Sharon and Moses confront Fred Dunsmore and his girlfriend, Šejla, a Bosnian refugee. Sharon has a gun, which happened to belong to Moses, Šejla has…

E.L. has been reading Ryan Kaine: On The Run by Kerry J Donovan 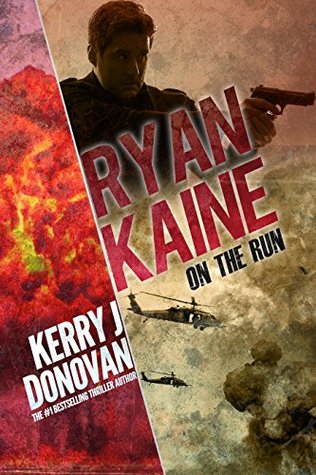 Ryan Kaine: On the Run by Kerry J Donovan is an action adventure story, introducing the character of Ryan Kaine in what promises to be an exciting new series. The novel concerns itself with the murky world of arms companies vying for government defence contracts.

The opening is shocking, setting a morally ambiguous tone when Kaine is duped into shooting down a passenger plane and killing 83 people. This act sets in motion a chaotic and violent series of events and leaves Kaine struggling with his own conscience. The pace of the story is break-neck, leaving the reader with barely enough time to draw breath. The speed is emphasised by the way Donovan uses dates to head up his chapters. The whole novel is set…

It was classified as an overdose. Or was it?

Setsuko Usami, the wife of a top Bank of Japan economist, is found dead in her bathroom. The police report points to an accidental drug overdose. Government officials want to keep the death under wraps to avoid scandal. But when the toxicology report arrives, it points to murder.
Despite his independent streak and reputation for turning down promotions, the bureaucrats in government and at the Tokyo Police headquarters know there’s only one man for the job: Inspector Shig Sato. He re-opens the case and follows the clues. What he discovers is more shocking than any official can imagine.
Will Sato bend to the will of his superiors and keep the case quiet, or will Sato go the distance to catch a killer?
Because someone just might get away with murder.

Yup. Although, as it’s a novella it’s just not enough Shig Sato for my taste. It describes Sato’s last case before being transferred to security service for the royal household. And his beloved wife falling severly ill. It leaves enough open for another prequel. Which may or may not be necessary.

A novella at 136 pages is just not enough Shig Sato for  my taste.

Would I recommend it ?

If you, like me, love the Shig Sato serious. Yes, definitively. I wouldn’t use it as a starter to the Sato series. Books 1 and 2 are longer and much better, for my taste. But Sato is just good.

Needs to be reblogged

Source: The Varied Views of Dissidents in China — A Response to James Palmer

Today’s team review is from Jenny.

Jenny has been reading The Sleeping Serpent by Luna Saint Claire 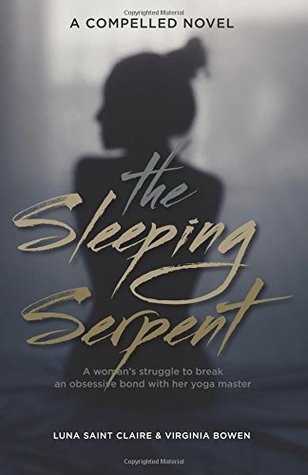 I give this book 4 stars

It took me a little while to get into the story. I felt that the feel and pace was somewhat slow to start with, but, once the characters began to unfold and their lives started to unravel before me, I relaxed more into the style of the authors writing and began to enjoy it more.

Not knowing much about yoga styles and its effects myself, a lot of the descriptive dialogue and explanations were hard to imagine and understand, but I tried and took it slowly trying to involve myself completely in the way that Kundalini yoga works and feels.  I think it helps to get to grips with the story if you know…