One lethal storm. One deadly criminal. One ancient code. Expedition leader Hiram Kane is in Japan when the storm of the century hits. He joins the rescue mission as flash floods cause chaos, death and destruction. Yakuza boss Katashi Goto is retiring from the mob. Before he does, there is one more thing to achieve: revenge over a centuries old enemy. When their two very different worlds collide, Kane is forced to make a choice. He has always known honour is worth fighting for. When challenged by Katashi, he has to decide if it is also worth dying for.

That’s a very complicated question. Does the book and my interpretation of what I could expect after reading the blurb match? Not really. Am I thus disappointed? Not really. I expected something more in depth about Japanese culture, Bushido in particular. It is about and at the same time it isn’t.

Nothing and that’s exactly the problem I have with this book. I can’t tell you why or what but I feel there is something missing. The author lives in Mexico, the MC lives in Peru. And this could be my problem. I still have the feeling that the MC is just at the wrong place (for my expectations, that is)

Yes, the book is still worth it’s 17 out of 20 points on my scale. It’s just not what I expected to read Maybe just not the right moment

Today’s team review is from Olga, she blogs here http://www.authortranslatorolga.com 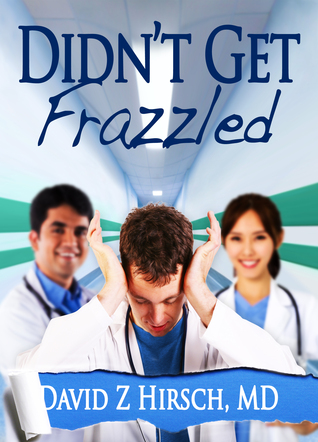 I’m reviewing this book on behalf of Rosie’s Book Review Team and thank the author and Rosie for the ARC copy of the book that I voluntarily chose to review.

I’m a doctor and I must admit this book brought many memories for me (although I studied Medicine almost ten years earlier than the character Seth in the book and in Barcelona, Spain, where the system of medical training is slightly different to the one in the US that’s portrayed in the book): the shared experiences (some pleasant, some not so much), the trials, the discoveries, the surprises, the stress, the uncertainty… I’m sure anybody who’s studied and/or worked in a health-related field will be able to identify with much of the books’ content, especially…

How could I resist?…

Literary Hub recently had a feature on Four Iconic Writers and the Felines Who Loved Them. Needless to say, all four were male writers and Alessandra Asteriti responded to my RT of that article: ‘Is the assumption that all women love cats because you know ‘women’, or are there no iconic female writers, or what?’ So I decided to redress the balance with a few pictures of iconic women writers and their cats.

Colette favoured Chartreux cats and helped to revive interest in the decimated species after WW2, from thegreatcat.org

Barbara Pym, from The Awl.

Patricia Highsmith had cats throughout her life and her many house moves. Not just Siamese, if I understood correctly. From wwnorton on tumblr.

Tove Jansson favoured black cats and even took them on the island in summer, from mtv.fi

Looks like I still have a lot to learn. That’s life…

Today’s team review is from Terry, she blogs here http://terrytylerbookreviews.blogspot.co.uk/

Terry has been reading Codename Lazarus by A P Martin 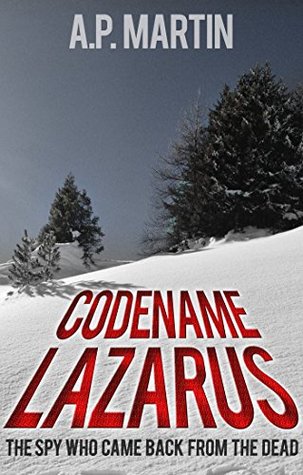 CODENAME LAZARUS by A P Martin

This is a spy story set in England and Germany during Hitler’s rise to power and the first year of the Second World War.  John King, a history lecturer, is invited to become an undercover agent, and, despite the realisation of how dangerous and lonely his life will become, he agrees.

What I liked about this book

Source: In the Last Days of Old Shanghai

Blurb (from Goodreads):
Finally, life is good for reluctant family law attorney, Jamie Quinn–her father may get his visa soon, her boyfriend is the bomb, and her law practice is growing like crazy–but when she agrees to take on a high-profile divorce case, everything falls apart. What looked like an opportunity to work with her friend Grace and make some serious bucks has turned into a deadly game, one that could destroy their friendship and tear their town apart. Why couldn’t Jamie just leave well enough alone?
Did I like it?
You bet. The author delivers again something to distract you from the daily struggles. Although this time it “feels” a bit less “happy go lucky”. Boyfriend leaving for Australia (temporarily), “problem” with the BFF. A divorce case no one will take. Not even Jamie. Russian criminals.
What I didn’t like
Nothing. OK, the stereotypes are… stereotypes. The politician is like a politician, the Russian is a criminal. You get what you were asking for.
Would I recommend it?
Perfect beach read 4th edition. If you want to read the series I wouldn’t start with this one. But that’s just personal, it works as a standalone. But you will be missing something. 17 out of 20 points. Still Highly recommended

Not really my kind of …. temptation? interest?

Cursed Love Blues has it all; gods and goddesses, lots of sex, music, and even vampires! The author doesn’t hold back with her descriptive prose, and this novel is, therefore, far from a clean read.

Ate is a disgraced goddess who is cursed to walk the earth in human form. Known as the goddess of infatuation and recklessness she finds numerous ways to pass the centuries. She comes across a young couple, Hako, and Sue, who are part of a band. The music element in the book is well written and beautifully crafted, weaving itself into most scenes. Ate becomes their manager, and the story unfolds as they embark on a road trip.

As we learn more about Ate in the present day, the author then switches between time periods, so we learn…

Like Loading...
24/04/2017 ~ ausone2910 ~ 2 Comments
Good morning, Humans. Let’s start with something kind of important. If you were expecting comments on the French elections? I have to “disappoint you” there won’t be any today. It was just the preliminary round. The important part is played in 2 weeks. Yesterday it was just to know who will compete against the right wing.
With that said, we can now take care of something different. What? If only I would know. But I guess I have an idea. Just for Kitteny. Yes, I will be kind of grumpy again. Complaining.
The media. Or more precise. The news. Even more precise, the choice what’s news worthy. This may be the wrong word. Let’s say what appears in the news.
Let’s start with something slightly different. The weather forecast. Belgian weather forecast is kind of complicated. Northwest of Belgium, region around Antwerp. Kind of flat, close to the sea. Southeast of Belgium, close to the border to Luxembourg, for Belgium quit mountainous. Les Ardennes. The weather forecast is, thus, quite complicated. Windy and flat in the north. Mountains (and forests) in the south. And everything in 250kms. And, unfortunately, they are giving a forecast for the whole of Belgium. Even with a temperature range. Sometimes with a range of more than 10 degrees. Thus this makes sense, Not really.
Now to the news. Yesterday was the first tour of the presidential elections in France. And this was everything you heard in the news. Like the rest of the world stopped. Not that there was ANYTHING news worthy before the closure of the voting booths. Which was at 8pm local. 7pm in Belgium for the expatriates (Milady amongst them). Apparently nothing else happened in the world. No drowning refugees in the Mediterranean. No idiotic violence in the Middle East. No new blunders from the president elect and his team. Nothing in Germany (they vote only in September) Nothing in the UK. Maybe they were taking a break from “discussing” Brexit?
Sports news: My favourite human is a runner. Yesterday there was one of the Marathon Majors. London. And there was something like a world record. (Complicated issue, there are 2 existing world records). A Kenyan runner, Mary Keitany, finished her race in 2:17:01. Which is a world record for a female only race. There wasn’t anything in Belgian radio. Nothing. Only 40000 people competing. Nothing in Belgian radio. In the evening there was a soccer match between two Spanish clubs. Which was duly announced in the news. Last week, Friday I guess. There was a Belgian tennis player who beat the former number 1 in the quarter finals of a tournament. You could hear it several times in the news. The next day he lost in the semis against another former number 1. NOTHING in the news.
Cat news: I’m still “educating” the small one. Milady still hasn’t taken a picture of him (neither of me or even Rashid). The poor guy had to deal with the local bully over the weekend. Nothing happened, he’s quite fast. The small one, not the bully.

That’s all for today.
See you next week
Yours
Ausone

The land of the free and the home of the brave? Only if you’re a white male. Video Evidence, Police Brutality, and the Denial of Black Humanity – BLARB

Not my genre. But you’ll never know….

Burner is an urban fantasy set in Chicago. The book opens with a detailed warehouse scene and a very angry ghost attacking medium Kim Phillips, who wants to help her.

Kim has a special ability: together with her spiritual partner Priya, she helps ghosts pass over to the light; she’s a ‘burner’ but as a police detective, she also tries to find answers as to why the ghost remains.

Emma Murphy was a student and her life ended with violent abuse. During her “sending”, Emma leaves details of her murder and a partial vision of her killer. This burning leaves Kim exhausted, and during the night she has a vivid and frightening dream, one which continues on other nights. At police headquarters, her interest in this case leads Kim’s boss to suggest she partner up with detective Riley Cross. Research…