In preparing green tea one should first bring the water to the boil. Then one should pour it into a largish bowl and let it cool to about 60 degrees Celsius. If the water is too hot, then too much of the tea’s bitterness will be extracted into the water. At this lower tem­perature the fragrance of the tea is extracted more slowly. The teapot and cups should be warmed with some of the water. After warming put the tea leaves into the teapot, pour in the water and let the leaves infuse for two or three minutes. It is important when pouring the tea to make sure that the taste is evenly distributed in all the cups. Therefore, never fill each cup in a single pouring, but fill them little by little — up to three servings each. While drinking the tea, refill the teapot with water. 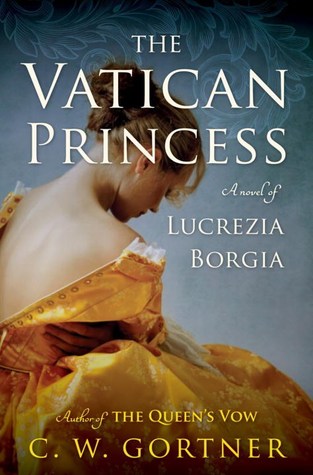 I was lucky enough to meet the author at several events and talks at the Oxford Historical Novelist Society. Inspired by his passion I purchased “Marlene” and was very impressed with the author’s take on Marlene Dietrich. I wanted more, although the subjects of his other novels were not as familiar to me.

I was sceptical as to whether I would like them but soon got drawn into the book (I listened to the audible version). Passion and attention to detail have gone into every page, as if the author had lived and breathed Lucrezia’s story for months. Having met him in person, I believe that to be actually possible.

I established an immediate sense of connection with her and her dilemmas. Gortner has a gift for creating an intimate and urgent perspective that draws you deeply into his characters, so much, you forget that this is a historic novel…

By Susan Blumberg-Kason When I lived in Hong Kong in the 1990s, my only interaction with the police occurred when I’d return from Shenzhen by foot. Once on the Hong Kong side of the Lo Wu Bridge, I always breathed a sigh of relief when I saw their crisp navy uniforms.  The sight represented stability, […]

Learn from the master….

Today’s team review is form Terry, she blogs at http://terrytylerbookreviews.blogspot.co.uk/

Terry has been reading Hell Holes by Donald Firesmith 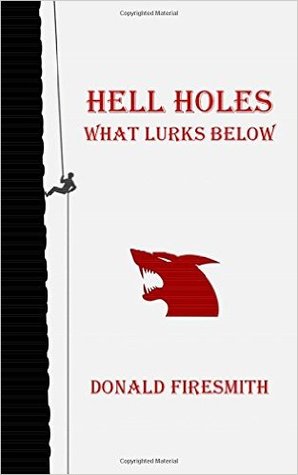 Mostly, I enjoyed this. It’s very much escapist genre fiction, which could have done with a better edit to rectify repetitions and a few lazily constructed sentences, but I did like it. It’s about geological scientist Jack Oswald who goes out to Alaska with his wife and two of his grad students, to investigate the appearance of mysterious holes in the tundra. Also along for the ride is enigmatic journalist Aileen O’Connor.

Once at camp, all hell is let loose as demonic beings appear from the depths of the mysterious craters. Very quickly, the situation grows from horrendous to super-horrendous.

The author has obviously done his geological research…

Two thousand years ago in Egypt’s exotic city of Alexandria, the single most revered treasure of the Mediterranean would inexplicably disappear from the pages of history. Believed irretrievably lost to all but legend, few dared dream the possibility that it might still exist . . .
Until now! Guided by the discovery of an ancient artefact, a determined professor of archaeology and a beautiful New England heiress join forces in the quest of a lifetime. Overcoming treachery and deadly obstacles, they follow an ever-murderous trail that eventually leads them to a barren, desert valley containing a stunning secret — one the modern world may not yet be prepared to accept.

Not enough Archaeology for my taste

In summer I would say: a beach read, nothing more nothing less 14 out of 20 points

Good morning humans. It’s not very easy to tell you something at that time of the year. Nature is falling asleep. Although calling the weather at the moment wintery would be an exaggeration. It’s typical Belgian weather. Wind and rain. Not really something I like but you have to live with what you get.

Which isn’t that easy if you listen to the radio. While taking your breakfast. The annual donation thingy (Viva for life) is over. You thus don’t hear anything about it. Looks like child poverty in Belgium is again eradicated until next year. This year is was the first time that you could hear a presenter on the radio mentioning that there are critical voices. People who don’t like this annual action. Just because it’s a proclamation of shame. And a shame it is.

Every year they have a new record of donations and they are celebrating the new record. That every year you have more children living in poverty they mention too. Sometimes you can’t help but think that they are keeping a number of people in poverty just to celebrate themselves. And please do not forget Belgium is a so-called first world country. Every child in poverty should be a shame. And the goal should be to eradicate Child poverty once and for all. Unfortunately this won’t happen. Belgians are giving during this donation event (even a lot) and are voting for the same neo-liberal crap in the next elections. Will the neo-liberal parties one day eradicate poverty? Why should they? It’s not on their agenda. Just as an example. The former government (not really neo-liberal) had the idea of limiting the salary of the CEOs in state controlled companies to 250.000.-€ a year. One of the CEOs was complaining about it. Not even the then so-called non neo-liberal government did what they should have done. After the complaint of this guy, they should have thanked him for his service and should have kicked him out.

The guy I was talking last week about. The head of the biggest party in the Flemish speaking part of Belgium. Was complaining about the annual speech of the Belgian king. Why this guy doesn’t have the balls to just publicly announce. ‘We no longer want a king. We no longer see the need for a king. And we will thus organize a referendum to know what the people are thinking.’ Won’t do that. Might loose.

Even with this crap. Something to complain that’s happening at home. As you, dear readers, mat know by now. I have to share my space with Rashid. Rashid is the crappy pure breed from last week’s photo.

My bowl, filled with dry food, is next to his bowl, filled with wet food. Not a problem. From time to time Rashid doesn’t fancy what’s in his bowl. So he eats from mine. No problem for me I can and do share. The problem is: While eating my dried food he suddenly has the idea that he still prefers wet food. So he takes a bit of his wet food from his bowl and puts it in my bowl with the dry food. And then eats the mixture. Still not a problem. The problem is he’s neither finishing his wet food that he put on MY dry food nor is he cleaning the bowl afterward. I’m not putting my dry food on his wet food. Why is he putting his wet stuff on MY dry food?

I guess I have to live with this, too.

For today’s picture. The preferred photographer has taken some new ones of me. Without using me as a model for one of her creations. And for celebrating the end f this year you get 2 photos of me this time.

and here’s number 2. She isn’t that bad as a photographer

See you next year

Yep, me with hair, decorating a tree.

What makes a Christmas story?

Is it the threat? There always seems to be some threat to Christmas. Someone won’t make it home. Somebody else stole the presents, or maybe someone is going to stop Santa from spreading the presents. Perhaps someone is broke and thinking of taking the short route off a bridge just before the happy holiday. Whether it be a fantasy grinch, a real worldish villain, or simply a matural disaster of some kind, I’d be hard pressed to think of a Christmas story that didn’t feature some threat to Christmas.

Or is it the lesson? Christmas tales always have a lesson. Someone must learn something about the true meaning of Christmas. That true meaning always involves something about giving and/or grasping the value of our loved ones. Not uncommonly, someone in the story learns to shift their attention from…

Exactly what I want to say. Wherever you are, whatever you’re celebrating

Season’s Greetings from all of us at Buddhism Now and BPG!

This painting represents the “six-syllables form” of Avalokiteshvara, evoking the mantra om mani padme hum. Surrounding him are bodhisattvas, an array of protectors, and a lineage of monks. This manifestation of Avalokiteshvara is especially associated with the Dalai Lama, who is understood as an incarnation of this form. Sadasari is conventionally white, though here is represented all gold, the most radiant of colours.

The matter-of-fact, even slightly cheerful, answer: “Have your characters come to the US!”

Source: On Editing a English Literary Journal as a Person Of Color – The matter-of-fact, even slightly cheerful, answer: “Have your characters come to the US!”