Today’s second team review is from Liz, she blogs at https://lizannelloyd.wordpress.com/

Liz has been reading The Code For Killing by William Savage 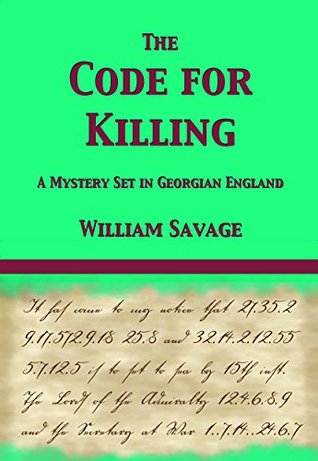 The Code for Killing opens on a damp miserable day in 18th century Norfolk, where young Dr Adam Bascom is in a foul mood.  Fed up with traipsing through the muddy tracks to visit cantankerous wealthy patients, who are reluctant to pay his bills, he is in need of a change and perhaps some excitement.  But soon his life is taken over by murder investigations and constant travel from his small north Norfolk village to Norwich and also to London.

In An Unlamented Death, William Savage’s previous novel about Dr Bascom, Adam discovered a body in a country churchyard, but this time his help is sought by Mr Wicken, an important government official, who sends a King’s Messenger asking him to treat an injured man in…