You can’t always win (against yourself( that is))

We’ve all been there, you’ve put in the training, you’re fired up and raring to go but for whatever reason it’s just does go right on the day.

Last Saturday I represented GB in the IAAF World Half Marathon Championships in Cardiff. Training has being going really well and I knew I was in great shape so was expecting a good performance. Unfortunately that didn’t pan out.

Preparing for the off just before the rain started

I’m not one for making excuses so I’m not going to be blame the dreadful conditions. The only excuse I will use is that I was a bit silly chasing a PB in a championship race with those conditions. I should have known better and changed my targets.

I started off strong and felt great going through 5k in 16.35 which is roughly where I wanted to be. Then we hit a little incline…

Today’s team review is from Karen, she blogs at http://mytrainofthoughtson.wordpress.com

Karen has been reading The Gun by Daithi Kavanagh 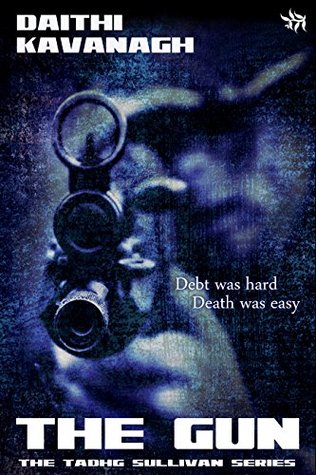 This book introduces you to Garda Detective Tadhg Sullivan, leading a special unit for investigating politically motivated crime. The Deerstalker case is additionally complicated as his superiors have different ideas of how to pursue the possible culprit.

With The Gun, Daithi Kavanagh has created a fast-paced political suspense with local flair. The story comprises a variety of nicely elaborated characters with sufficient depth and interesting interactions to solve this politically inspired case. I had a great time reading The Gun – it is a very enjoyable read; it drives you head-first into the Irish life. I was drawn into the story right away, enjoying the journeys from one location to the next. Tadhg, Helen and Pat are (or soon become) likeable characters – I am looking forward to…

Each one of the books below deserves a full review, but, as I was saying just yesterday, I cannot afford that luxury when I am so far behind with my reviews. The adjectives in the title describe pr…

Book review ‘Lord of the Abbey’ by K.R.Richards

Confirmed spinster, Lady Rowena Locke, seeks aid from Harry Bellingham, the Earl of Glaston and head of the renowned Avalon Society, a historical and paranormal Society, to find the lost Glastonbury treasures. Harry is not only interested in the treasure hidden by the last Abbot of Glastonbury before the dissolution of the Abbey, but he is also interested in Rowena.

When Harry and his fellow Avalon Society members step in to assist Rowena and her aunt on their quest, dangerous and mysterious men in brown coats and hats appear in Glastonbury. They are also searching for the lost Abbey treasure. It’s a race against time as the mysterious ‘Brown Coats’ seem to always be one step ahead of them. The Society finds more clues, treasures, letters, and holy secrets. Will they discover who the ‘Brown Coats’ are and why they are after the treasures? Can Harry convince marriage wary Rowena to trust in love and marry him?

Kind of. Interesting story. Hist-fic, the stuff I prefer to read. Interesting characters, a bit of suspense. Kind of a cliffhanger. This is book one in a series.

I would honestly love to give the book more stars, but, and this is a giant but. There are just TOO much sex scenes in it. One even two would be OK. Would even make sense for the story. But the constant carnal encounters between the two MCs. It just looks like the author run out of ideas and needed something to fill up the pages.

Would I recommend it ?

Without the sex scenes ? No question.

Unfortunately, they are there. 3 stars, which means I still like it.

Hello humans. It’s Monday and here I am. Sorry for being a bit late. But my secretary was a bit busy this morning. So he neglected his duties a bit. Not that he was doing nothing, he just took the decision that there are other things more important.

Not that he was doing nothing; He played Jeeves this morning. Cleaning the kitchen. I’ve already heard that this afternoon he will switch roles and will then play Anatole. In case, you’re wondering. P.G.Wodehouse ? Jeeves, Bertie Wooster’s gentleman’s gentleman. And Anatole the French cook of Aunt Dahlia. He won’t cook for me. Easy, I don’t eat cooked food. So he will cook for Milady (and for himself). The pure breed, Rashid, always wants to know what the humans are eating. Knowing is understandable but Rashid’s knowing means ion general tasting. So he’s begging. Something that a well-educated cat won’t do. Not that I would neglect once or twice a year a bit of cheese. But I’m certainly not begging.

To give you a more precise example let’s just look at the differences between Rashid and me. Rashid’s the pure breed, in case you can’t remember.

You can’t or shan’t call it begging. BUT as soon as the female eats something, Rashid wants to know what and if possible wants his part. Even if it’s chocolate. As already said, me – never.

Rashid needs a toilet at home. He even leaves the house for a stroll and comes back to use the toilet. Me ? Interior toilet only in case of emergency.

Rashid, wet and certainly nothing wild. Dry food only in emergency or if he doesn’t like the wet food at the moment. Me ? At home, wet food not that often, in general dried food. But, if possible, mice, birds, something caught by myself.

Rashid doesn’t have the slightest idea what that means. I’m not that bad at it.

Let’s just say even Rashid is a cat. And one thing we have to have in common.

You see, cats are individuals.

Photo as usual taken by Milady. See you next Monday. Hopefully, a bit earlier if my human won’t neglect his duties again.

From the The Metropolitan Museum of Art.
十牛頌図巻 Ten Verses on Oxherding
1278, Kamakura period, Japan

In Zen, a herdboy’s search for his lost oxen has served as a parable for a practitioner’s pursuit of enlightenment since this Buddhist sect’s early history in China. In the eleventh century, the Song-dynasty Zen master Guoan Shiyuan (active ca. 1150) codified the parable into ten verses (gāthā), recorded and illustrated in this handscroll. The parable proceeds from the herdboy losing his ox and following its tracks to recover the animal to, in the next-to-last verse, transcending this world. In a final stage representing the attainment of Buddhist enlightenment, the herdboy becomes one with Budai (Japanese: Hotei), the manifestation of the future Buddha Miroku (Sanskrit: Maitreya). Dated by an inscription to 1278, the present scroll is the earliest known Japanese illustrated copy of the parable and the only extant version with colour illustrations.

interesting person but who is Irwin Rommel’ unknown relative of GFM E.Rommel or just a typo?

The Spy of Venice by Benet Brandreth
My rating: 4 of 5 stars

The Spy Of Venice is a tale written as one possibility as to the missing historical early years of playwright William Shakespeare. The scene is set with William, married, working in the family business. Often bored, he has his poetry and is glad of the distraction by a group of travelling players.

As the story unfolds, William heads first to London and then to Venice, where he ends as a player in several real life plots. There is comedy, tragedy and romance as the storyline twists and turns.

Written in a style which emulates a play, the story is very much dialogue led with many different actors. Some names are well known to fans of Shakespeare and the story is written as though William’s adventures could have given him material and ideas for his later works.